“I’d been all around the country, owned homes, but when I moved to Portland, I had just finished a 31 year marriage, I was divorced, so I moved to an apartment, and my goal was within five years I will get back into a house.  I’d only been in my apartment a little less than two years, and you know I had this fixed goal that I had to wait til five years before I built up enough savings and everything so that I could actually go out and confidently look. But I met Dill, and so I took her card and went home and thought about it a little more, and I said well it wouldn’t hurt to call her.

The thing that struck me about Dill that was in stark contrast to the many realtors I’ve worked with before was she was much more about listening and sort of understanding what you want as opposed to you know she thinks she knows what’s best so she’s gonna drive you down a certain path. So I could just see myself working with her based on just the warmth, the personal way she you know approached conversations and the way she was a good listener because I appreciate good listeners. The thing that I remember most about the process was that you know we were really good about okay here’s my criteria, this is what I want, so she listened to all that, and she probably listened even more than I thought I was talking because she picks up on subtext between the lines.

She knew that I did long hours of work, so she probably called out ahead of I did that I needed to be close to work. Because what we did was two weekends in a row, she sort of said you know if you want to see the entire Portland metro area, let’s do it quadrant by quadrant. So Nicholas and I and her got in the car, and he chauffeured us around and we were very efficient. And I know I was looking on the southeast side and getting excited about a house, and I just remember she went, Kate I just I gotta say, I just I don’t see you making the commute. This is gonna be a huge commute. You’re already working you know 14 hours a day, da da da da da. So I said okay so what’s your, what are you telling me? She goes I think we need to focus in NoPo, north Portland. And at the time NoPo was just up and coming, and so she called that out.

Like right now, three years later, my house has appreciated unbelievably. So I mean it was just you know a whole combination of she listened to me, she saw my reactions to houses, like I think she looked at my face as soon as I went in the door, and she could call out like what my reaction was. She listens so well, and really takes the time to really drive the decisions. And sometimes you know you have to give something up for something else you want. She knew that you know I wanted things brand new. She knew that I wanted to be in a neighborhood that had relatively flat streets so I could do my biking type of thing. So you know she was very good about prioritizing, helping me to prioritize and sticking to that. Because you can get distracted so easily about you know the squirrel over here and the carrot over here in terms of houses, but she’s really good about bringing you back to center.

She’s very sweetly honest, like she won’t be too blunt, she’ll just say I just don’t think this is working for you. And that’s really important when you’re making such a huge emotive plus financial you know decision in your life. Because buying a house is just one of those you know rare occasions like birth, death, divorce type stuff that you hopefully you don’t do it that often, and then when you do you want to make sure that at the end you just know that you have the peaceful place that you envisioned.

She knows the area, she knows her business. I know she eats, sleeps, and dreams in the business too. And then she’s really well networked because part of this aspect of buying a home is getting a lender. Nowadays that’s critical, and she hooked me up with Steph Noble, and between the two of ’em I felt like I was just you know the whole process was floating on a cloud.

Dill’s the type of real estate person that the actual signing and transaction is the smallest thing on her mind. She is completely relationship before and that sustained relationship after. And you know along the way, in the past three years she does little things like she’ll pop to the house and drop something off for like Valentine’s Day and things like that and keeps in touch with, she has a great regular communication process with letters and things. So you always feel that you can reconnect, and you don’t have to explain very much of where you’re at in your life because she already knows. And here I am three years later asking to say, hey should I sell my house, and here’s my next dream level of real estate.

In my house, I can be doing the simplest thing, still to this day, and I’ll think of a comment she made. It’s almost like she’s always there still with me in the satisfaction and in the joy that my home brings.

It’s a true friendship, and it’s so nice to have somebody that you can know you can always go to. It doesn’t have to be a hard thing. It doesn’t have to be you know a pain in the neck. It can actually be a joyful process, you know because you will feel so good about it in the end. I cannot say enough, breath of fresh air, I am so lucky to have met her in that one meeting and had such a relationship  we’ve had in such a short time.” 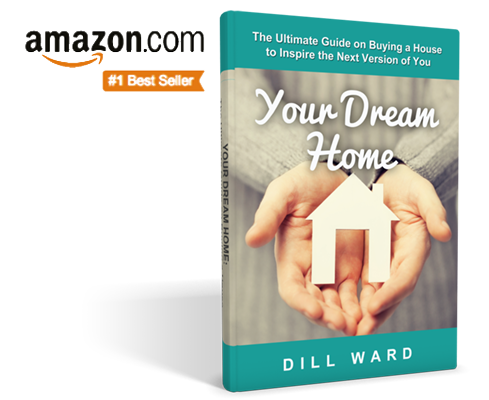